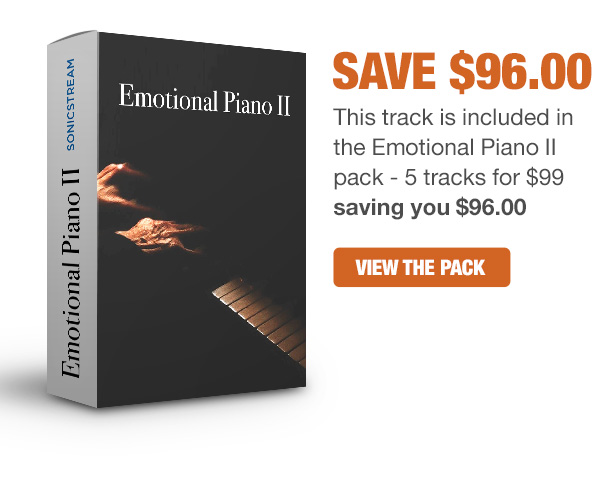 An elegant inspiring piece that begins with soft mood piano and muted guitar with harmonics, that gradually grow through the chord progression and eventually burst into life and positive sounds of bright violins and bells.

The music is in a 3/4 / waltz time signature, so helps portray the finesse and delicate optimism.

I’ve worked as a musician and digital media designer for many years. I have a company, Menagerie, which produces motion graphics, digital design and professional music composition and audio production.

I’ve composed and recorded music for TV, film, advertising and many forms of multimedia for the likes of Orange Telecom, Dr Martens Boots, Lloyds Insurance, amongst hosts of others.

I’ve also recorded with bands and a solo project called Heifervescent that has been running since 2002 has recently produced several top ten creative commons hits on Jamendo with over a quarter million listens in the last year.

Audio made for After Effects

If you need any of my audio for an After Effects Project demo on Videohive, and you need the track to be edited to fit your sequence, then just drop me a message and I’ll help you with an edited mix, specially for your project.